December 1, 2012 (LD) – It’s not that Syria’s government didn’t prepare for war. They perhaps, simply prepared for the wrong kind of war

This week when sweeping outages in Syria’s communication networks were reported, the Western media immediately accused the Syrian government of being behind the move. However, it should be noted that NATO-backed terrorists operating inside of Syria have been openly given advanced communication equipment (also here and here) by Western nations, including the United States, allowing militants to create their own, independent communication networks. This includes radio, satellite, and cell networks, as well as the under-reported existence of “suitcase Internets” (also here and here).

The reason a communications blackout in Syria would not effect NATO’s primary proxy forces is because any node or bottleneck in Syria controlled by the government has already long since been circumvented, either through independent networks, or satellite links. 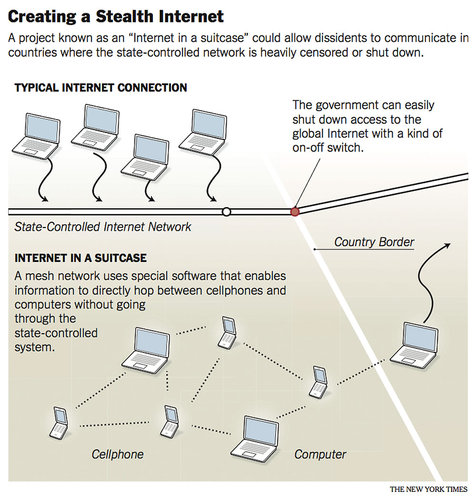