Egyptians reject fatwa calling for destruction of pyramids and Sphinx 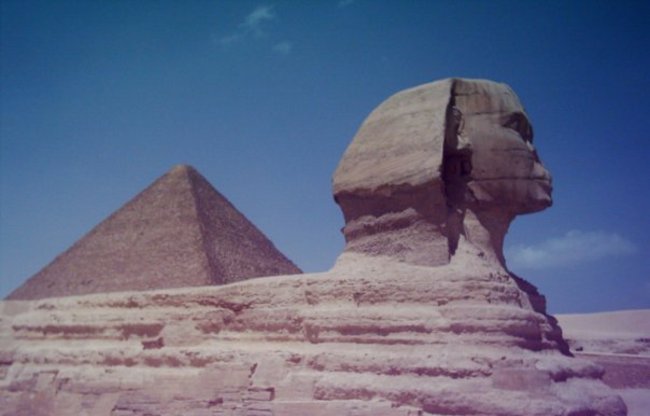 Al-Gohari, a member of a Salafi jihadist group, said he wants these antiquities demolished, just as Prophet Mohammed destroyed the idols he found upon his conquest of Mecca.

During an interview that aired on Egyptian satellite channel Dream TV, al-Gohari likened the Egyptian landmarks to the Buddha statues that were demolished in Afghanistan.

The Fatwa Committee at Al-Azhar rejected the fatwa, saying antiquities are part of the country’s culture.

Dr. Mahmoud al-Jabali, sharia law professor at Al-Azhar University, said the fatwa and others like it have no basis in religion.

Al-Jabali said such edicts violate sharia and Qur’anic teachings and profoundly contradict with the true interpretation of the Qur’an (tafseer) and the Prophet’s Sunnah.

“At the onset of Islam, the [original motive] behind smashing idols was preventing people from worshiping and praying to them instead of God,” he told Al-Shorfa. “This is not the case with Egyptian antiquities, especially the pyramids, the Sphinx and the statues of Luxor, for neither Egyptians nor tourists do such things.”

“The pyramids are mentioned in the Qur’an as great and important relics, [by way of] the phrase ‘pharaohs with the edifices’, where the term ‘edifices’, interpreters agree, refers to the pyramids,” al-Jabali said.

Antiquities Minister Dr. Mohammed Ibrahim said in a press statement on November 17th that he does not honour any fatwa issued by any party other than official government bodies and Al-Azhar.

The law will be enforced firmly and emphatically against anyone who tries to harm antiquities that are protected by law, he said.

“The ministry is implementing a security plan in co-ordination with the Tourism and Antiquities Police to protect our cultural treasures in all the provinces against any attempt to harm Egypt’s antiquities,” he said.
Fatwa ‘tarnishes Islam’

Mahmoud Sami, director of a tourism company and member of the Egyptian Chamber of Tourism, told Al-Shorfa the fatwa adversely affects Egypt’s position on the world tourism map, especially since news agencies and newspapers circulated the fatwa story and linked it to the destruction of antiquities in Afghanistan and Mali.

He called on the media to “deal wisely and rationally with such nonsense — those who disseminate them seek only to gain fame and to capture the spotlight by stirring controversy”.

Workers in the tourism sector submitted dozens of complaints to the Egyptian Attorney General against Sheikh al-Gohari. They accused him of defamation and libel and of undermining public and national security, Sami said.

He said he is astonished by such fatwas, which tarnish both true Salafi advocacy and Islam.

“Many claim to be part of the Salafi advocacy, but a distinction must be made between Salafi advocacy that calls for following the example of our righteous ancestors, and jihadi Salafi advocacy affiliated with terrorist organisations, like al-Qaeda and others,” he said.

“These operate according to political agendas that aim to sow chaos and destruction and spread unrest and terrorism,” he added.

Sheikh Mohammed said Egyptian youth will not allow such ideas to spread, for during the chaos that accompanied the country’s revolution, many young people protected the Egyptian museum and antiquities.

Al-Azhar is the only authority in Egypt whose fatwas people honour, because it is the only legitimate body authorised to issue them, he added.