Maybe the barefoot girl is the last chance Democracy will ever have in its own cradle ,at least she had the courage to carry barefoot the symbol of a country that still betrays its own people(read below)

The Notorious Lagarde List in pictures.The “missing” list according to the former Minister of Finance.And the journalist who leaked it,was arrested two hours ago,on the very local Independence Day.What a “Democratic” irony 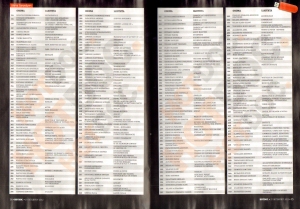 Not only Greeks but also name of foreign nationals are on the list – apparently having transferred money to HSBC from Greek banks. Hot Doc stressed that people on the list should not be considered tax evaders unless it is proved they did not pay taxes on the deposits.

But it said: “It is apparent that a large portion of deposits are not justified with the income of depositors. Proof is that most accounts were closed after the bank briefed on the data leaking.” Vaxevanis wrote that he had received the list content on a USB memory stick “by somebody” who wrote to HOT DOC that s/he “believed that the list has been misused for political and economic purposes for two years.”

The HSBC data were stolen by former bank employee Herve Falciani in 2007.  While countries like France, UK and Germany pursued tax evaders, Greece kept moving it from one place to another until Papaconstantinou said it was lost, and he blamed his aides and it became apparent that no politician wanted to get involved.

There was no immediate reaction from the government, which is rushing to finalize the new austerity plan and ram it through Parliament before a meeting of Eurozone finance ministers on Nov. 14 so that a pending $38.8 billion loan installment can be released. 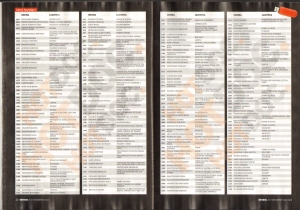 The Hot Doc website stated:  “Our controls led to the conclusion that this is the list of Greek depositors to HSBC until 2007 when the leak started. So this list was identical to the Lagarde-List. But we cannot check if this is the (original) list received by Papaconstantinou or a list being formed later after the removal of some names in an potential attempt to hide evidence.” 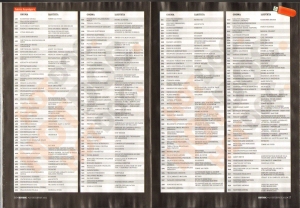 Until now, one journalist said that he had no bank account abroad and a well-known lawyer declared that his family had transferred money abroad in the late 1980’ss to cover surgery expenses for a family member. Another journalist said he had no money abroad at that time, while a former New Democracy minister and his wife dismissed any connection to the list. While the Hot Doc list did not show how much money was deposited by each individual, that information was reportedly on the original list.[read more] 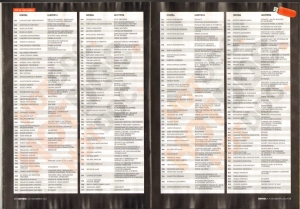 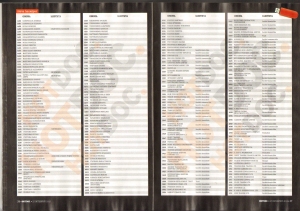 Greek Journalist Kostas Vaxevanis was arrested on Sunday morning at his home for publishing 2,059 names of Greek HSBC-account holders whose names were on so-called Lagarde-List.

“@KostasVaxevanis They’re coming in the house with a prosecutor now. They are arresting me. Spread “

He was arrested at 11 o’ clock in the morning, the moment the military parade was starting in Thessaloniki to  commemorate the NO Greeks said to Axis Forces on 28. October 2012.

An hour before his arrest Vaxevanis had Tweeted:

“Outside my home are 15 policemen. Let them come in and arrest me like German collaborators.”

List of Swiss Accounts Turns Up the Heat in Greece

By RACHEL DONADIO and LIZ ALDERMAN

ATHENS — The speaker of the Greek Parliament, several employees of the Finance Ministry and a number of business leaders are on a list of more than 2,000 Greeks said to have accounts in a Swiss bank, according to a respected investigative magazine. The Greek magazine, Hot Doc, published the list on Saturday, raising the stakes in a heated battle over which current and former government officials had seen the original list passed on by France two years ago — and whether they had used it to check for possible tax evasion.

Giorgos Voulgarakis, speaker of the Parliament, accused a Greek magazine of mudslinging.

Finance Minister Yannis Stournaras was scheduled to testify on the Swiss accounts list.

Hot Doc said its version of the list matches the one that Christine Lagarde, then the French finance minister and now the head of the International Monetary Fund, had given her Greek counterpart in 2010 to help Greece crack down on rampant tax evasion as it was trying to steady its economy. The 2,059 people on the list are said to have had accounts in a Geneva branch of HSBC.

Questions about the handling of the original list reached a near frenzy in Athens last week as two former finance ministers were pressed to explain why the government appeared to have taken no action on the list. The subject has touched a nerve among average Greeks at a time when the Parliament is expected to vote on a new 13.5 billion euro austerity package that could further reduce their standards of living.

The publication of the list is likely to exacerbate Greeks’ anger that their political leaders might have been reluctant to investigate the business elite, with whom they often have close ties, even as middle- and lower-class Greeks have struggled with higher taxes and increasingly ardent tax collectors.

The magazine was careful to note that having an account at HSBC was not illegal or proof of evading Greek taxes, a point underscored by a spokesman for the Greek Finance Ministry. But the magazine suggested that Greek officials should check whether those on it had moved money into the accounts to escape paying taxes.

Hours after the magazine hit newsstands, Athens prosecutors issued a warrant for the arrest of Kostas Vaxevanis, the owner and editor of Hot Doc, “where names from the Lagarde list have been published,” the Athens police said in a statement on their Web site. They said he was sought on misdemeanor charges; the Greek media reported that the charges were related to violating the privacy of those on the list.

Mr. Vaxevanis, one of Greece’s most famous investigative journalists, said he was being wrongly targeted. “Instead of arresting the tax evaders and the ministers who had the list in their hands, they are trying to arrest the truth and free journalism,” he said in a telephone interview that was uploaded on the Internet and widely circulated.

The issue of the list has shaken the country for weeks, posing new challenges to the fragile three-way coalition government of Prime Minister Antonis Samaras. Above all, it put intense pressure on the Socialist party, a key member of the coalition, whose leader, Evangelos Venizelos, is one of two Socialist former finance ministers accused of not having acted on the information.

The finger pointing, likely to intensify with the list’s publication, is certain to distract Greek politicians during a week when European finance ministers are scheduled to discuss whether to release billions of euros in fresh financial aid. Greece’s lenders have long said that the country must crack down on tax evasion to be eligible for further infusions of cash.

According to Hot Doc, the list includes not only some in the government and businesspeople, but also actors, doctors, lawyers and architects. It also includes several women identified as housewives who the magazine said had moved large amounts of money to the HSBC accounts.

There was no immediate comment from Mr. Samaras, who was meeting with aides throughout the afternoon to discuss the new austerity measures demanded by Greece’s lenders.

Giorgos Voulgarakis, the speaker of the Parliament from Mr. Samaras’s center-right New Democracy party, denied having any overseas bank accounts and accused the magazine of mudslinging.

Hot Doc said it had been given the list by “one of the people who had received” it. Yannis Stournaras, the finance minister, sent a letter to his French counterpart several days ago asking for the original list, but so far the Greek official has not received a response, according to the ministry spokesman, who was not authorized to speak publicly. The aide said that the Greek Finance Ministry wants to be certain that it has the original list of names before investigating whether any tax evasion occurred. The magazine said it had called a sampling of account holders on its list to confirm that they had deposits in the Swiss bank. Citing privacy concerns for those on the list, Hot Doc said it had redacted how much money was said to be in each account, but added that some accounts were listed as containing as much as 500 million euros. The list dates to 2007.

The magazine also carried a long report on Mr. Voulgarakis. According to Hot Doc, the parliamentary speaker opened an account at HSBC in 2003 that was jointly managed by him, his wife and an offshore company based in Liberia.

The magazine said the deposits do not show up on Mr. Voulgarakis’s tax declarations.

Mr. Voulgarakis, a former government minister who was investigated but later exonerated in another high-profile corruption inquiry, issued a statement saying, “I declare categorically that neither my wife nor I have any offshore companies or foreign bank accounts.” [Read the rest of the article]